First, buy and study “The Elk Farming Handbook”. It is 330 pages of invaluable information on every aspect of selecting, building, operating and marketing a successful elk farm. Available from This email address is being protected from spambots. You need JavaScript enabled to view it.
Or http://naelk.org/store/store_product_detail.cfm?Product_ID=1

Next, apply for a premises ID number from Manitoba Agriculture, at
https://www.gov.mb.ca/agriculture/food-safety/traceability/pubs/pid-application-2018.pdf

Now apply for a licence to operate an elk farm at: https://www.gov.mb.ca/agriculture/permits-and-licenses/pubs/app-gameproductionfarmlicence.pdf

As part of that application, they will ask you to: 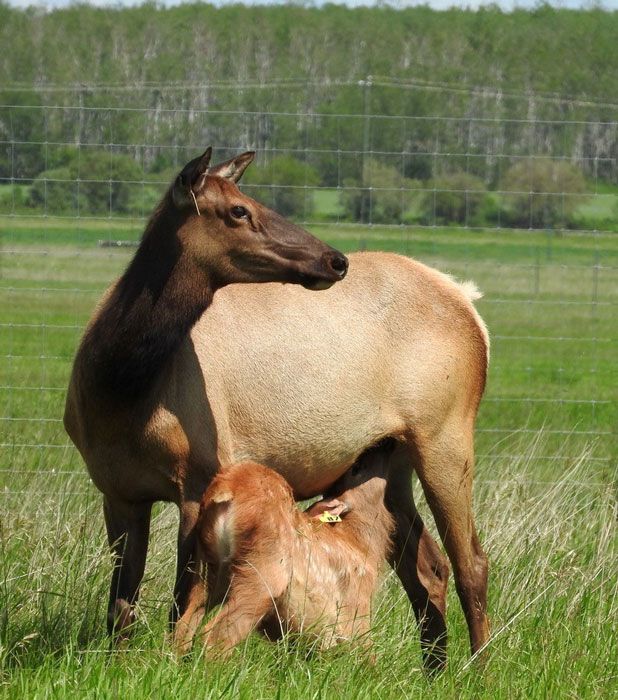 Movement of Elk Livestock and Products

Movement of farmed elk requires a Cervid Movement Permit to be issued by the District Office of the Canadian Food Inspection Agency. A copy needs to go with the transporter and another maintained by the shipper.

Any change in inventory must be reported to Manitoba Agriculture.

At the present time, although the Governing legislation (Manitoba Livestock Industry Diversification Act and Regulations) allows import of animals with a Permit from Manitoba Agriculture, no permits have been issued for several years due to concerns regarding Chronic Wasting Disease in neighbouring jurisdictions.

Tuberculosis and Elk Farming in Manitoba

In February 2000, The Canadian Food Inspection Agency (CFIA) and the Cervid Farming Industry agreed that action needed to be undertaken to attempt to eradicate CWD from the farmed cervid herd in Canada. It was agreed that the goal was eradication, including depopulation of known infected herds with compensation paid to the owners of those herds. In many Provinces, postmortem testing of every dead cervid for CWD became mandatory, however this was the only approach to testing known at the time. The lack of a live test made movement of live cervids to other herds risky. To minimize those risks and concerns, CFIA worked with the industry and Provinces to design and implement the Chronic Wasting Disease (CWD) Herd Certification Program (HCP).

Compliance with the HCP provides assurances to potential purchasers of animals that a purchase from a herd with the same level has the same risk of being infected with CWD. The level of assurance of CWD freedom depends on the length of time the herd has been enrolled in the program. Any owner of elk or deer who agrees to comply with the provisions of the HCP may enroll.

CWD status is determined on a herd basis by testing every cervid that dies, the absence of clinical signs, and the lack of exposure to CWD over a designated period of time. In addition, there are requirements for Identification, up to date Inventory maintenance, adequate facilities and biosecurity measures, all verified by an annual third- party inspection.

There are six levels in the certification program, from the entry level, Level E, to the highest level, Certified. A minimum of five years is necessary for an enrolled herd to reach the certified level.

The United States has also adopted an HCP, and most inter- jurisdictional movement of live cervids now requires the herd to be Certified Status, excepting animals going to immediate harvest.

The HCP requires much attention to detail, but all of it is simply good management, and worthwhile to facilitate access to all the best markets. Compliance with the HCP also reassures our friends and neighbours that we are responsible livestock managers.